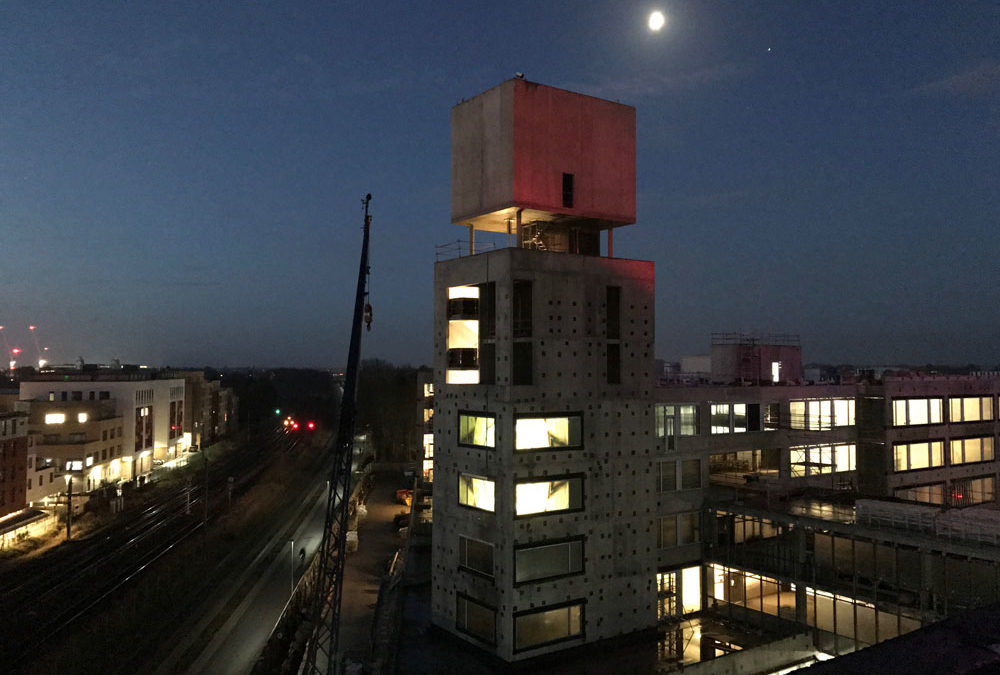 Raftery + Lowe are capturing the final year of construction, with a timelapse film, of The Triangle, the new headquarters of an international exam as group being built by Bouygues UK.

Raftery + Lowe’s construction timelapse will include the installation of a public art commission that will crown the The Triangle’s 39.1 m tower. The work, by artists Vong Phaophanit and Claire Oboussier, is called ‘In Other Words’ and will feature layer upon layer of script in different languages that will be printed onto glass.

The site is on what was previously Cambridge University Press’s Edinburgh Building on Shaftesbury Road Cambridge, to the South-East of Cambridge city centre.

Established over 150 years ago, Cambridge Assessment operates and manages the University’s three exam boards and carries out leading-edge academic and operational research on assessment in education. We are a not-for-profit organisation.

The building is due to be completed at the end of 2017 for occupation in early 2018. 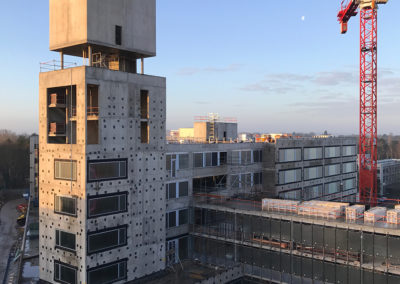 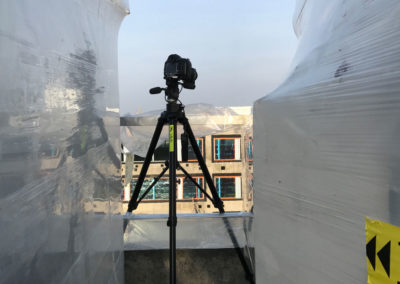 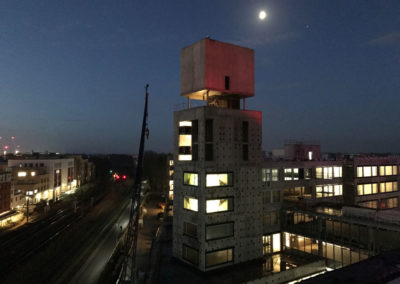 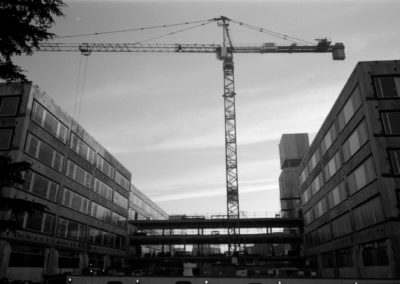